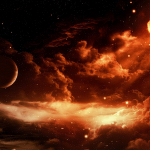 Hello everyone! This is Legacy just throwing some stuff around this User Talk thing.

I want to start off by saying I enjoy editing wikipedias involving video games that I enjoy playing and that I have some large knowledge in that specific video game, such as World of Warcraft and Diablo 3. I also enjoy learning about video games by reading what users like me edit into the different catagories currently on these wikis.

My favorite class in all the diablos is the barbarian. I currently play a max leveled barbarian in Diablo 3 and occasionally play my wizard when smashing skulls feels a little tidious.

Please send me any editing job that is required on the Diablo or Wow wikis as I am always ready to help out and improve the vast bank of knowledge this website already offers.

If you wish to contact me outside of this wiki, please send me an Email to Xboxbullard@hotmail.com or if you play blizzard games, send a friend request to Legacy#1803

Tyrael is the embodiment of justice, having a seat of power among the Angeris Council of the High Heavens.

e saved humanity during the vote to destroy humans in an attempt to prevent the Burning Hells from corrupting and using the men and women of santuary as slaves to the darkness they commanded.

Tyrael was not always fond of humanity, he was cold and bitter when he first came in contact with them. His opinion soon changed when the warriors purged the cathedral in Diablo 1 and saw great potention and bravery among the heroes of humanity. Ever since, he has secretly and indirectly been helping humans fight the demons of hell.

Barbarians are my favorite class and have been since the start of the diablo series. I love to play as melee classes and barbarians fight with both courage and honor on the field of battle. Be it club and mace or sword and shield, a barbarian will charge into the forces of hell without fear and will destroy all who oppose the might of Bul'Kathos.

Currently there isn't much in the way of guidelines for this wiki. There is a Manual of Style, but it hasn't been updated in a long time and may not be entirely accurate anymore (I had hoped one of the admins would do that, but he hasn't so far), though it may still be of some use. Basically, you use common sense and standard wiki editing procedures, in other words, no vandalism, writing in the first person, etc.. Note that we have recently enacted one written rule concerning fansites.
[[user:tephra|◄► Tephra ◄► 20:19, September 27, 2012 (UTC)]]

Although the images weren't bad, I found them to be misplaced. I don't find much sense in putting a demonstration of upgrading armor with the Horadric Cube while walking through Act 1, nor do I find much point in adding an image of the Den of Evil while describing inventory. Again, I don't find the images to be bad, but I think placement could be better. Wikia won't let me type in the subject box. :(
Breywood (talk) 11:51, September 28, 2012 (UTC)

Retrieved from "https://diablo.fandom.com/wiki/User_talk:ImmortalxLegacy?oldid=80746"
Community content is available under CC-BY-SA unless otherwise noted.