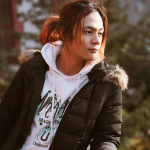 Hi there, my name is Zach and I've been playing Diablo since mid 2005. I generally love making edits to the lore since the storyline is what gets my attention, though gameplay is pretty good too. Yet the real reason I make edits to this Wikia in particular is because of the lore. I just love world that feature ever expanding universes that enable character development to blend well with historical revisions and the occasional cosmic retcons that are initiated to keep games fresh for the average mind. If you have any questions then feel free to hit me up on the talk page! Hope my contributions are helpful!

Retrieved from "https://diablo.fandom.com/wiki/User:Sapphirewhirlwind?oldid=165177"
Community content is available under CC-BY-SA unless otherwise noted.