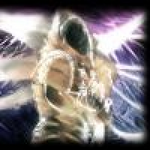 Hazual, the Archangel of Lore and member of the Angiris Council, left the High Heavens after the discovery of Sanctuary in order to observe the mortal plane and write down/study it's history and lore. (In)Famous for his in-depth knowledge of both the forces of Chaos and Order, Hazual retreated to a mystical nether-realm, a space between spaces known only to mortals as the Internet. For centuries he wrote compendiums of history on various subjects, and this great task continues as he's fuelled by a burning desire to bring order to the Chaos of Wikia.

Main Project at the moment:

This section contains facts and trivia relevant to this article.
Retrieved from "https://diablo.fandom.com/wiki/User:Hazual?oldid=59653"
Community content is available under CC-BY-SA unless otherwise noted.