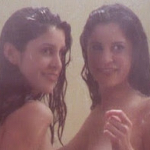 At this point in time I'm using this page to list Diablo III & Reaper of Souls quests and those that starts them, so I can at some point (hopefully) add this information to those pages they belong to without making any unnecessary edits or mistakes.

The Legacy of Cain = Leah

Sword of the Stranger = Deckard Cain

The Doom in Wortham = The Stranger (Tyrael)

Shadows in the Desert = Leah

Betrayer of the Horadrim = Leah

The Scouring of Caldeum = Leah

The Siege of Bastion's Keep = Tyrael

Tremors in the Stone = Lieutenant Lavail

Fall of the High Heavens = Tyrael

The Light of Hope = Itherael

Beneath the Spire = Tyrael

The Fall of Westmarch = Lorath Nahr

Souls of the Dead = General Torion

The Battlefields of Eternity = Imperius

List of the quest givers (and the number of quests they can give):

Leah: 7 or 8 (depending if the player talks with the Wounded Man or not)

The Stranger/Tyrael: 13 or 14 (1 as the Stranger and 12 or 13 as Tyrael) (depending if the player talks with Sergeant Dalen or not)

Wounded Man: 1 (unless the player talks with Leah instead)

Sergeant Dalen: 1 (unless the player talks with Tyrael instead)

Retrieved from "https://diablo.fandom.com/wiki/User:D1D2D3?oldid=186803"
Community content is available under CC-BY-SA unless otherwise noted.