Um, is there evidence that the guy from the trailer is Rathma? The only evidence I saw was him calling Lilith "mother," which is a term any human could use in the setting since she's the progenitor of the nephalem/humanity. I assumed he was just one of the cultists described in the game's lore.--Hawki (talk) 20:51, November 1, 2019 (UTC)

I was thinking the same thing. Perhaps it should be removed unless someone can come up with a better source than the word "mother."
◄► Tephra ◄► 21:32, November 1, 2019 (UTC)

Yea, it also doesn't make much sense with his character, with him wanting to preserve the balance between order and chaos and to protect Sanctuary, for him to be summoning Lilith back to Sanctuary.

Actually Rathma, besides fitting the description, is the only character that DOES make sense in here. Do you really expect Lilith to hold hands with a human other than her son? An ordinary cultist would not even dare look at her. The only other possibility is that it is another child of hers, but knowing Blizzard, I would bet $2 it is Rathma himself. Pryamus (talk) 08:45, November 2, 2019 (UTC)

Except if he's holding hands with Lilith, it's a 180 from his Sin War persona. Y'know, the guy who despised both his parents and served Trag'Oul, who wanted Sanctuary to be left alone? Which isn't out of the question, but it's speculation at this point to say he's Rathma without confirmation.--Hawki (talk) 09:20, November 2, 2019 (UTC)

Not the first character to make that 180... I didnt find any other versions on who that might be so far, but probably Blizzcon will reveal that mystery soon. Pryamus (talk) 09:24, November 2, 2019 (UTC)

All we know is that we know nothing until Blizz confirms this theory. So no, we just can't say "he's Rathma" - he is not until it's proven.

EDIT: Harrison Pink mentioned in Diablo IV World & Lore panel that Triune cultists brought Lilith back: "The Triune who is responsible for helping Lilith return to Sanctuary, if you saw our cinematic, they also worship the Prime Evils and are hastening (?) their masters return to Sanctuary." Terede (talk) 18:15, November 2, 2019 (UTC)

Here is some lore regarding Rathma, and him directly saying who his parents are in the following books:

If you read this book, it clearly states the following:

Next if you read this book, there is mention of a mans appearance described by Zayl whom then mentions the man is Rathma, who is "whiskered and capped figure looked as if he had been to the sea much of his life and, from the scars and missing finger, a good part of that had probably been as a privateer.

In the trailer for D4, the man is seen with a missing pinky finger. You can see it clearly here in the trailer:

Just some thoughts, not really anything set in stone though.

Whoops didn't mean to submit my last entry yet, was still in the middle of typing things.

So left off where I was before.. The 2nd book link hints towards the figure being described being Rathma, but few pages later it's basically clear that it is not. So other aspects of Lore to Diablo, we know that there is an item in the game (Diablo 3) called The Tall Mans Finger https://diablo.fandom.com/wiki/The_Tall_Man%27s_Finger

This finger was severed from the hand of an Umbaru priest who crossed over to Mbwiru Eikura in search of knowledge and came back...changed. Before the unclean phantasm was finally slain, he evinced great power over the dead, and this metal-plated digit still possesses some of that power.

This would be in line with the the main in the trailer, a Necro, missing finger, and later in the second book, Lilith refers to him as a son, not technically but figuratively. So he would potentially bring her back and consider her a mother. In that book, they refer to him as Durram.

To help with this even more, the lore for him on this page: Durram

Confirms his death was inflicted by a wound to his forehead. In the D4 trailer, this man has his forehead covered with something protective.

So perhaps the man in the trailer is Durram somehow.

I think Atom0s is on to something.

The character Durram was slain by head wound, being inflicted by a bone fragment holding Malic's Soul.

A vessel holding a soul being imbedded into someone's fore head...........nope never seen that one before from Blizzard.

Malic then went on to possess a chain of people in an attempt to acquire Uldyssian's body.

Straight from the Malic page on DiabloWiki:

"This was not the end of Malic, however. Just before Uldyssian confronted Lilith, Malic convinced the farmer to throw his bone into the darkness - stabbing an unfortunate priest called Durram in the forehead. This did not only kill the priest, but also allowed Malic's vile spirit to possess the body.

Exactly how Malic managed to escape the crumbling Temple of the Triune remains unknown. After it's destruction Malic vowed to track down the one man ultimately responsible for his death: Uldyssian. As he raced through the jungle, his spirit started burning out the host's body, as the wrong-ness of his spirit was rejected by the host. Malic decided that the only body strong enough to contain his spirit would be that of Uldyssian.

On his quest to obtain Uldyssians body, Malic left a trail of dead as his spirit constantly needed new vessels to inhabit. Though the act of possessing a person (which killed the host) went faster with each subsequent attempt, the bodies started to burn out at an increasing rate. Black lesions would form all over their bodies, until they eventually became charred husks. In his desperation, Malic made a pact with both the Lord of Terror Diablo himself and the renegade Inarius. Malic managed to possess Amolia, a high ranking sorceress working for the Council of Clans, allowing him to murder the entire council and blame the act on Uldyssian. When this plot ultimately failed, Inarius allowed Malic to possess one of his most trusted servants, Oris. In his guise of Oris Malic lead the final charge of the forces of the Cathedral of Light against the Edyrem army.

In the final battle, Malic possessed the body of Jonas, one of the captains in Uldyssian's army. Through Jonas, Malic attempted to possess Mendeln, which would in turn enable him to get close to his target - Uldyssian. But Malic's evil plans were at last thwarted as the undead Achilios intervened, saving Mendeln. Mendeln then managed to oust Malic's spirit, forever banishing the High Priest to the afterlife."

It is very possible that Malic, having consorted with several powerful demons, had found a was back from the afterlife to summon Lilith back to the world of Sanctuary. It would fit for the Durram link that Atom0s found, and would also mean that the driving force behind her return is a very well motivated character. This would also set the stage for a jail break mission regarding Inarius. To my knowledge he is still in the mirror prison that Mephisto setup for him, and he would be the only one left to stand against Lilith in the coming battles of the Nephalem.

It's been confirmed via metadata left in the cinematic trailer from Blizzards press media download that the man in the video is in fact Rathma. Video explaining it and showing the metadata here:

I would agree that evidence is very convincing, but until it is confirmed by Blizzard in an official capacity, it is not conclusive. We require official sources for less.
◄► Tephra ◄► 07:41, December 1, 2019 (UTC)

I think we can leave the page as it is right now, and fill it up later once we have more official sources. Personally I'm happy Blizz did not decide to back off and actually had the guts to place Rathma in there. Things just got interesting. Pryamus (talk) 09:26, December 1, 2019 (UTC)

An intriguing addition to the theory pool about why did Rathma summon his mother was proposed on WoWHead (now that we got our confirmation). The philosophy of Balance means Necromancers support whichever side of the Eternal Conflict is losing now, protecting Sanctuary from being overpowered by either. Since High Heavens are nominally at an advantage following the events of D3, Priests of Rathma are bound to support the Burning Hells now. This carries an implication that we might actually see High Heavens invading in D4 and fight them in the open. Pryamus (talk) 18:41, December 6, 2019 (UTC)

I've altered the page, since per the discussion above, we agreed not to take it as writ that it's Rathma in the trailer unless it's explicitly confirmed.--Hawki (talk) 05:18, April 2, 2020 (UTC) 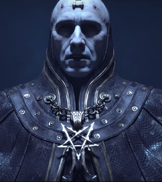 Rathma close-up
Add a photo to this gallery
Retrieved from "https://diablo.fandom.com/wiki/Talk:Rathma?oldid=187175"
Community content is available under CC-BY-SA unless otherwise noted.