Sweeping Wind is a Monk Technique skill. It bears some resemblance to the Druid's Hurricane skill.

When activated, summons a vortex around the Monk that follows them until it fades. The vortex has a 10 yard radius and deals Physical damage every tick to every enemy within range. Hitting an enemy with any melee attack (not with the Sweeping Wind itself!) refreshes the vortex to maximum duration at no cost, and landing a Critical Hit with any attack has a chance (equal to the Proc Coefficient) to add one more stack to the vortex, increasing damage proportionally. The vortex may have up to 3 stacks, after reaching it, new stacks only refresh the duration.

Along with the Wave of Light, it is one of the two most expensive Monk skills. In return, during a typical battle, this skill only needs to be cast once. 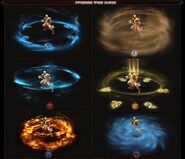 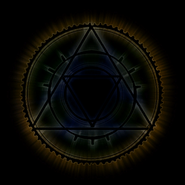