Nemesis Kills are a feature of Diablo III: Ultimate Evil Edition (exclusive to consoles as of patch 2.4). Through this system, monsters who have killed a player can appear in the game of players on the original player's Friends List, identified clearly as "Nemesis, Killer of: (character name)" and becoming even more powerful than they were in the original player's game. By killing these monsters, players can 'avenge' their friend's death and earn special rewards. Among these rewards are Player Gifts and possible chances of rare or legendary items. They can also spawn in co-op games for players in the same instance. The Nemesis will spawn in your world based on your profile, ignoring your character level while keeping what ever levels it has gained. They do not appear for Hardcore characters.

Once a player is killed by a monster, there is a chance of a red void portal appearing near the character's body, indicating that the Nemesis has been created (Elite monsters seems to have higher chances to create a Nemesis). After that, it will seek a random player in the friends list that is currently online and infiltrate his/her game, though it's not always instantly. If there are no friends currently online and playing the game, the Nemesis will randomly appear when one of them logs in. If the player has no friends on the friends list, the Nemesis will appear in their game if they have a cursed item, but instead of bearing the name "Nemesis" it will say "Fallen (class name)"; it will still function like a normal Nemesis, keeping all of its levels.

The Nemesis form is similar to Diablo's (regardless of the actual monster that birthed it), and is always accompanied by one or more Shadow Clones of the dead players, representing their characters. These clones will have the name "Fallen (class name)". Should the player die in a fight against a Nemesis, both the Nemesis and the shadows will disappear, and the creature will become even stronger and seek another player among the friend's friends. If the player defeats the Nemesis, the shadows will also disappear, meaning they won't have to be defeated too.

Before a Nemesis arrives in your world, a distinctive War Horn will sound a few times, followed by your game pad rumbling (if the feature is active). After about 3~4 warning horns, the Nemesis will spawn through its portal. When the portal forms, it releases a shockwave that will kill minor enemies within roughly 50~75 yards from the portal, though monsters behind walls appear to be safe. The Nemesis is able to spawn in a Nephalem Rift, which will make things very difficult if it shows up near other Elite Monsters. 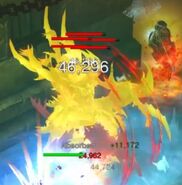 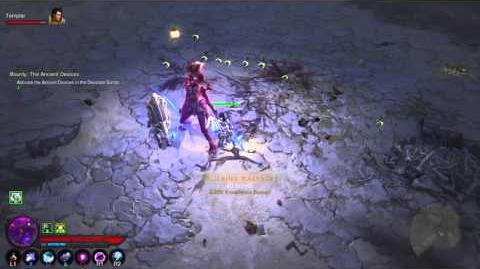 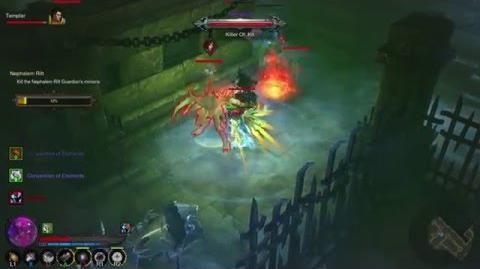