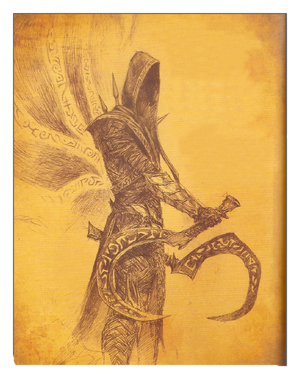 As the Angel of Wisdom Malthael holds many ancient and powerful relics and artifacts, including the Worldstone, which was stolen by Inarius and used to create Sanctuary, and was long agonized over its loss.