Start a Wiki
watch 02:38
The Loop (Games)
Do you like this video?
For other meanings of the term, see Leech.

Leech is a Necromancer Curse skill in Diablo III. Its role is similar to the classic Life Tap: to grant the Necromancer Life from enemies upon damaging attacks.

An enemy that is cursed with Leech will heal a player and their minions when the player attacks it.

Leech functions differently to Life on Hit. Instead of healing the player for 2% of their maximum health with each attack/cast, the amount of healing received scales with the Proc Coefficient of each skill and the number of cursed enemies hit.

Healing from Leech is not shared between players. Each player heals themselves from their own attacks made against a cursed enemy: however, all players, of any class, can gain healing from enemies the Necromancer curses with Leech.

The reason that there is no cooldown on Leech is that the lack of a cooldown is justified from a cost/benefit perspective.[1] 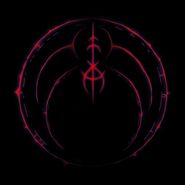 Leech curse indicator
Add a photo to this gallery