Guardian Facade is a PlayStation 4 exclusive Mystic plan given to players who purchased the Diablo III: Ultimate Evil Edition on said console. It provides transmogrification plans that pay homage to a classic PlayStation 2 game Shadow of the Colossus.[1][2]

These designs show an elaborate garb central to the traditions of one ancient culture. Translated several times over, they describe a memorial held once a decade. It was a remembrance of one brave hero, who, in the grip of heartbreak, nearly delivered the world to evil. 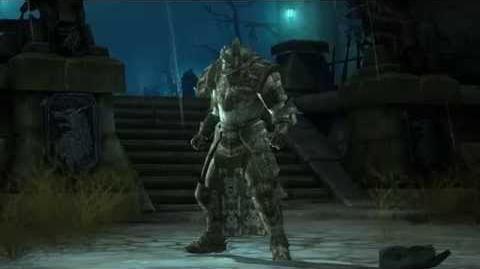 Retrieved from "https://diablo.fandom.com/wiki/Guardian_Facade?oldid=174072"
Community content is available under CC-BY-SA unless otherwise noted.