For the Druid of the same name, see Fiacla-Géar.

Fiacla-Géar are a set of wings that were released for Diablo III in the 2.6.1 patch. The wings could only be obtained by completing Chapter IV of Season 12 Journey.

Don't let a druid see you wearing these wings, as they may think you killed one of their brethren. 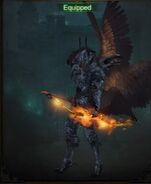 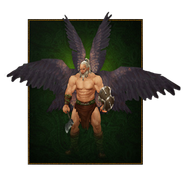 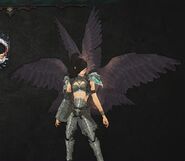 BlizzCon preview
Add a photo to this gallery

Retrieved from "https://diablo.fandom.com/wiki/Fiacla-Géar_(Wings)?oldid=188598"
Community content is available under CC-BY-SA unless otherwise noted.