"No one can stop Death."

Diablo III: Reaper of Souls is the expansion set to Diablo III.

It was announced at Gamescom, August 21st 2013, and continues the story from Diablo III after a brief period of peace.

The game has two versions—a standard edition for $40, and a collector's edition for $80. The latter version includes exclusive in-game content and bonus items.[2]

"The Prime Evil lies defeated, confined to its Black prison by the Nephalem, in the hope of an age of peace and prosperity. And yet, when Angels have fallen, so begins the end of all things."

The collector's edition features the bonus items from the digital deluxe edition, along with a hardcover artbook, a behind the scenes Blu-ray/DVD, and a Malthael-themed mousepad.[1]

Pre-ordering the game granted players Wings of Valor (an aesthetic artifact) and automatic access to Valla the Demon Hunter in Heroes of the Storm.[9]

The game saw release on consoles through the Ultimate Evil Edition.[10]

The design document for Reaper of Souls took form towards the end of 2012. It was a giant Google document that listed the problems of Diablo III, and how said problems could be fixed in the expansion, which they saw as their best opportunity to overhaul the game.[11] Work had begun on the game by 2013.[12][13]

Some of the game's new features features, most notably the Paragon changes and Loot 2.0, were added pre-emptively to Diablo III via a pre-expansion patch.[14] Blizzard sent out surveys to registered Diablo III users for them to rate which new features are most important to them.[2] Players who don't install Reaper of Souls will be able to play with those who have installed it, but won't be able to access Act V.[8]

Visually, Blizzard intended Reaper of Souls to have a more gothic feel than Diablo III did.[15] The game was intended to get back to Diablo's darker roots, where the environment would be darker. To represent this, its art style was primarily blues and grays. The music style was more centralized than its predecessor, in order to make the soundtrack more cohesive. Individual compositions were submitted to soundtrack director Derek Duke, while he arranged them.[16] 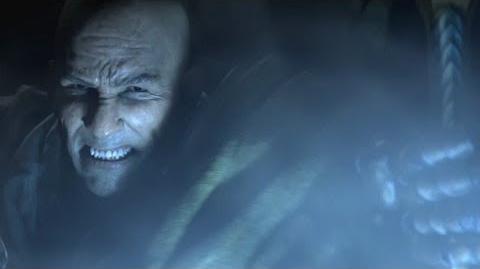