Diablo III: Eternal Collection is a console exclusive version of Diablo III It combines the Ultimate Evil Edition and Rise of the Necromancer pack into a single bundle. It cost $39.99 USD at launch, but rose to $60 USD later.[2]

The collection was initially released for PlayStation 4 and Xbox One. The Nintendo Switch Version launched on November 2, 2018. The Switch version contains the following bonuses:

The Switch version differs from the PC version in that Adventure Mode is unlocked immediately.[1] It does not have crossplay with the PS4/Xbox One versions, though this could change in the future.[4] On the subject of crossplay, in October 2018, Blizzard told Business Insider "it's a question of when, not if."[5] However, in December of the same year, Blizzard stated that there were "no current plans for such a feature."[6]

Signs of the end times draw powerful heroes from all over Sanctuary to rise up and defeat an evil reborn. Challenge Death itself as Malthael, the Angel of Death, attempts to harness the infernal powers of the Black Soulstone. Commanding the powers of Blood, bone, and armies of undead, the Necromancer joins the fight.[7]

"We were essentially sitting around and talking about projects that would be amazing and additive to what the company has, and maybe even trailblaze some new things. The Switch was a thing we were all playing, and something we were all interested in. We thought of it as something sweet to bring [Diablo III] onto, and then we started experimenting with the Switch and then got to talking with Nintendo--where we believed that it would be feasible and fun to play on. We wanted to guarantee that it would be smooth and responsive, to ensure that it was everything that you wanted it to be for an [action RPG]."

The Eternal Collection will receive updates at the same rate as the PC version of Diablo III.[4]

Porting Diablo III to the Switch took nine months. It was reportedly a smooth process, with "conversion on the graphics side of things presenting the biggest challenge." Nintendo provided trouble-shooting support. 8-9 Blizzard staffers also worked with Iron Galaxy in regards to the porting process.[8] The porting process was made easier for Blizzard in light of Team 3's experience in porting the original Diablo III to the PlayStation and Xbox consoles. Working on the Switch also allowed Blizzard to become familiar with the console's hardware.[9]

The Switch version of the game was teased in February 2018. It was later revealed in August of the same year.[10] On September 13, 2018, Nintendo confirmed the release date of November 2, 2018.[11] An Eternal Collection Bundle will be released that bundles the game with a copy of a Diablo-themed Nintendo Switch.[12] 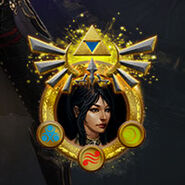 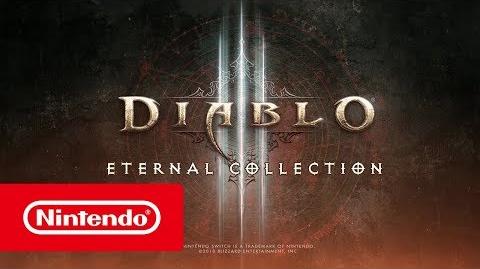 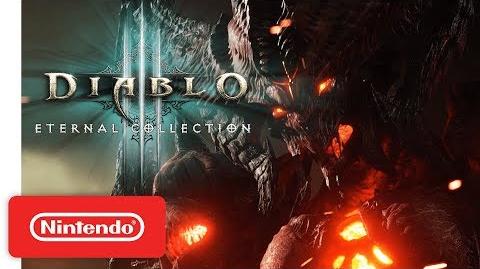